This article is reproduced herein with permission of the copyright holder.

In recent years, psychedelic drugs have begun to be studied to treat a range of psychiatric disorders. Psilocybin, the psychedelic component of magic mushrooms, is showing promise for treating depression. A new study uncovers how psilocybin produces therapeutic effects in the brain.

What is Psilocybin Therapy?

Psilocybin therapy works by making the brain more flexible. People with depression tend to have rigid and restrictive thought patterns and can get stuck in cycles of negative thinking. Psilocybin can help the brain move out of that rut in ways that existing pharmaceutical treatments cannot. The researchers of the new study on psilocybin for depression suggest that it is more effective than escitalopram, a commonly-prescribed antidepressant drug that goes by the brand name Lexapro. 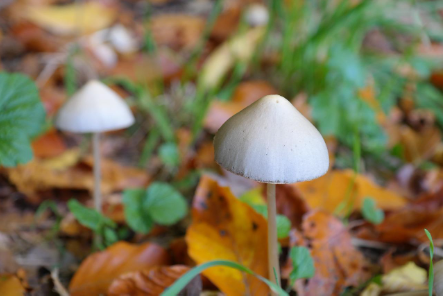 What Did This Study Find?

This study was the first to uncover exactly how psilocybin works in the brain. The researchers analyzed brain scans of over 60 people receiving treatment for depression. Patients given psilocybin therapy displayed increased brain connectivity, which the researchers describe as “opening up the brain”, or making it more flexible and less rigid. In brains with increased connectivity, different regions of the brain can more easily communicate with one another. This can help to break the cycle of negative thinking commonly seen with depression. Patients whose scans showed these results reported improvements in their symptoms of depression.  These changes in brain connectivity were not seen in patients given escitalopram to treat their depression.

The study found that these effects could last as long as three weeks after the patient was given psilocybin therapy. In contrast, antidepressant drugs such as escitalopram usually need to be taken daily for patients to see results.

While these results are promising, the researchers caution that people with depression should not attempt to self-medicate with psilocybin. So far, the positive effects of psilocybin have been seen in clinical, supervised conditions, and the effects could be very different if it is used outside of a clinical setting.

The study’s authors conclude that psilocybin therapy could be an effective alternative to antidepressant drugs and could be beneficial for other mental illnesses as well.

PA Media. 2022. Psilocybin for depression could help the brain break out of a rut, scientists say. The Guardian. Published online April 12, 2022. Accessed from: https://www.theguardian.com/science/2022/apr/12/psilocybin-depression-brain-break-out-of-a-rut-magic-mushrooms