This article is reproduced herein with permission of the copyright holder.

As the Covid-19 pandemic begins to subside, the US is facing the reality of another worsening public health crisis: the war on drugs. Drug overdose deaths are on the rise in the US and have been since 2015. 2020 saw the largest single-year increase in the rate of drug overdose deaths in US history.

Racial and ethnic minority populations, such as Black, Latino, and Native American communities, are particularly impacted by drug use and overdose. In 2020, the rate of drug overdose deaths among Black Americans surpassed that of white Americans for the first time since 1999. Below, we discuss the reasons behind rising overdose death rates, the impact on racialized populations, and what needs to be done to address it.

Why are drug overdose deaths increasing in the US?

Fentanyl is part of the growing trend of toxic illicit drugs, which includes synthetic opioids and

benzodiazepines as well as stronger new methamphetamines. These toxic illicit drugs are often stronger and deadlier than non-synthetic drugs. As well, other drugs such as cocaine or marijuana can be laced with toxic synthetic drugs like fentanyl. Synthetic drugs amplify drug trafficking and drug use and undermine enforcement, because they can be made anywhere and do not require agricultural systems to be produced. They have significantly contributed to rising rates of drug use and overdose.

It is important to note that this jump in overdose rates occurred during an unprecedented pandemic. The Covid-19 pandemic worsened health care inequalities, such as access to medical services, and increased hazards for people who use drugs, who were already an at-risk population.

As well, the increasingly toxic illicit drug supply disproportionately harms racial and ethnic minority populations. These populations have a legacy of inequalities in living conditions including stable housing, incarceration rates, and access to health care including virtual care and medications for opioid use disorder or overdose. These conditions lead to poorer overall health. The pandemic has disproportionality worsened a wide range of health, social, and economic conditions among racial and ethnic minority communities, in particular access to health care and related services.

Why are Black Americans significantly affected by drug use and overdose?

Drug overdose deaths are increasingly becoming a racial justice issue in the US. Due to structural racism and marginalization, Black Americans have poorer overall health status, face more challenges accessing health care including effective drug treatment, and have higher rates of incarceration. They more commonly face circumstances that lead to higher rates of overall drug use compared to the general population. Incarceration has been identified as a risk factor for overdose and overdose deaths, and Black and other racialized populations in the US are incarcerated more frequently than white Americans.

Racism and marginalization also make Black people less likely to seek treatment for drug use. For example, Black people in the US face a higher rate of criminal charges and incarceration for drug-related offenses than white people, which can dissuade them from seeking care even in a life-threatening situation. This contributes to higher rates of drug overdose deaths in this population. As well, treatment for drug is geared toward white Americans. Public health messaging and available treatments like distribution of the overdose-reversal drug naloxone, needle exchanges, and HIV testing are more available and accessible in white communities, which is a barrier to Black people seeking care.

Health care providers also tend to provide different treatments to different populations. They often prescribe buprenorphine to white people to treat opioid dependence, which is a prescription medication more readily available to those with health insurance or the means to pay out of pocket. Contrastingly, Black patients are more often prescribed methadone, which requires daily visits to a treatment center to obtain. This makes it more challenging for Black Americans to access and maintain the course of treatment.

How can this be addressed?

Drug use has historically been treated as a legal problem in the US and not as a public health crisis. Experts suggest that treating drug use from a health perspective could help prevent overdose death rates. This includes improving access to harm reduction services and medications for opioid use disorder for Black and other racialized populations, addressing structural racism in the criminal justice system, and addressing the social conditions of people who use drugs such as housing and employment. Treating drug use as a chronic condition rather than a crime can encourage people to seek help when they need it.

prevention, mobile treatment facilities that go to communities where people face barriers to access health care, and creating more overdose prevention centers. Currently, New York City has the only overdose prevention center in the US; this center is a place where people can consume illegal drugs under supervision and staff can administer naloxone if needed. These center scan also help with housing, medical care, and treatment. 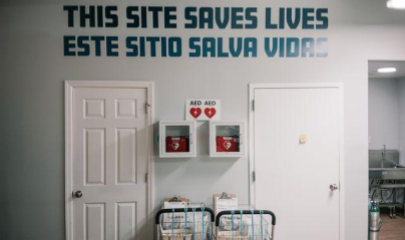 One expert encourages a community approach to treating drug use: blending law enforcement, public health, and prevention efforts. He calls it a compassionate prohibition. Drug use and overdose is not solely a legal problem and cannot be solved without a compassionate, health-focused approach.

Friedman JR, Hansen H. Evaluation of Increases in Drug Overdose Mortality Rates in the US by Race and Ethnicity Before and During the COVID-19 Pandemic. JAMA Psychiatry. Published online March 02, 2022. doi:10.1001/jamapsychiatry.2022.0004